Legend tells the story of the notorious Kray twins – the infamous pair of identical brothers who ruled London’s criminal underworld in the 19060s while becoming cult figures at the same time. Tom Hardy, one of the best working actors today, plays both the cheeky-chappie Reggie Kray and the shy awkward Ronnie Kray in a double performance made possible due to the magic of CGI.

If Hardy’s previous performances are anything to go by, his portrayal of both Kray twins should be absolutely spectacular. To celebrate the release of Legend, here is a countdown of Hardy’s top 5 performances. 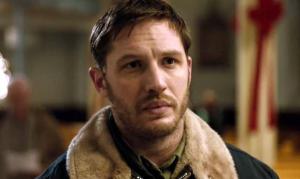 The first performance on the list sees Hardy play Brooklyn bartender Bob Saginowski in this gritty crime drama. The bar Bob works at is used by Russian mobsters to launder their money. After it’s been robbed at gunpoint, the following police investigation threatens to unearth Bob’s past.

Bob is unlike most of Hardy’s larger than life characters on this list; he’s shy, quiet, kind – just a generally nice guy. Or so it seems as Hardy adds an underlying sense of secret guilt which makes Bob an extremely intriguing character who you will yearn to learn more about as the film goes on.

This film is the tale of two distant brothers (Hardy and Joel Edgerton) who enter an MMA (mixed martial arts) tournament and both desperately need to win. Hardy plays Tommy Dearden – former Marine turned fighter who has a deep resentment for both his estranged older brother and their former alcoholic father.

Warrior sees Hardy in full beast mode as he portrays Tommy with raw grounded intensity and brutal unflinching physicality. Hardy, along with Edgerton, delivers a knockout performance as watching him seek redemption by savagely laying the smackdown will keep you more than entertained for the film’s two hour running time.

The next film on the list is Locke which is literally a one man show as the whole film is Hardy driving in his BMW and talking on the phone for 90 minutes. Sounds pretty boring right? Wrong, as Hardy’s compelling and captivating performance will have you thoroughly invested.

He plays construction director Ivan Locke, who is both the hero and villain of the story as a huge mistake means that he has to risk his family, home and career in order to fix it. It’s a testament to Hardy’s outstanding acting ability that the audience go on the same engaging and emotional journey that he does throughout the film.

Heath Ledger’s incredible and iconic performance as The Joker in The Dark Knight meant that the actor playing Batman’s next foe had a tough act to follow. Hardy was definitely up to the task as his portrayal of the villain Bane captured the imagination of audiences similarly to Ledger’s Joker.

Putting on 40 pounds of muscle to become the masked menace Bane,  his threatening physicality along with his regal voice made him a made him an attention-grabbing baddie. Even if you couldn’t understand a word Hardy said, his Bane will go down as one of the best superhero villains ever.

Hardy’s turn as Charles Bronson was arguably the role that put him on the mainstream map. His portrayal of the man dubbed ‘the most violent criminal in Britain’ by the British press earned him deserved rave reviews.

You never really knew whether Bronson was insane or not as Hardy expertly played him with monstrous psychotic rage combined with bags of charisma which made him an immensely magnetic character. Hardy’s dark, often hilarious tour de force performance in the lead role made the film utterly gripping.