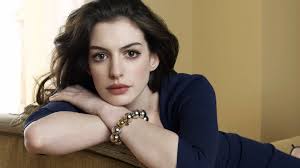 Ever since starring 2001’s The Princess Diaries, Anne Hathaway has firmly established herself as one of Hollywood’s most gifted leading ladies. Armed with the right mix of talent, beauty and charm, Hathaway is a world-class actress whose career is littered with some fantastic films and remarkable roles.

Her latest film, The Intern (which you can read my review for here), sees her play Jules Ostin – an uptight owner of an online fashion company who takes on 70 year old Ben Whittaker (played by Robert De Niro) as her intern. To celebrate the release of The Intern, here’s a countdown of my favourite Anne Hathaway performances.

Christopher Nolan’s epic space adventure saw Hathaway play Amelia Brand – a scientist/astronaut with a frosty cold personality. With a short haircut as serious as her ice queen persona, Hathaway shined in her supporting role as Brand.

Despite spouting some terribly cheesy dialogue – you remember that “love transcends time and space” BS – Hathaway was a pivotal part of Nolan’s odyssey into space.  Any actress who could hold her own against Matthew McConaughey during the ‘McConaissance’ deserves some respect. 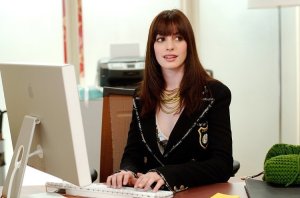 Due to my raging masculinity I try desperately to stay away from chick-flicks but after “accidently” watching The Devil Wears Prada, I was pleasantly surprised.  One of the reasons the film was so enjoyable was due to Hathaway’s brilliant turn as aspiring journalist Andy Sachs.

Meryl Streep’s Oscar-nominated performance as  the Vogue Editor-in-Chief Miranda Priestly rightly took most of the applause from critics but Hathaway’s portrayal of her naïve assistant Andy also gained lots of credit. Her scenes with legendary actress Streep undoubtedly provided the film’s best moments.

Fanboys were initially in uproar when Hathaway was cast as Batman’s most iconic female character as they feared she lacked the toughness for the role. Hathaway proved she was the perfect woman for the job as her Selina Kyle was bad ass with a capital B.

Her feline themed femme fatale was easily one of the best parts of The Dark Knight Rises as the Hathaway’s versatile portrayal of the mysterious con-woman Selina Kyle made audiences purr with delight. And damn did she look good in black skin-tight leather! 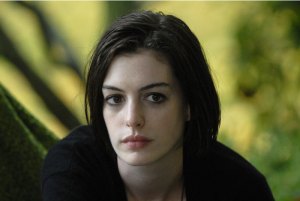 Her role as the attention-seeking black sheep of the family haunted by the skeletons in her closet was riveting as although you can’t stand her character, you can’t take your eyes off her. Hathaway’s performance deservedly earned her an Oscar nomination for Best Actress.

Hathaway’s tear-jerking turn in the epic period drama/musical Les Miserables is top of the list as her performance was simply outstanding. She brought all the emotional depth necessary to the role as Fantine is the victim of a number of tragedies.

She not showed she her acting prowess but she displayed sing too as she handled the musical scenes equally well as the dramatic parts. Hathaway only appears in the first hour of the film but it’s no coincidence that it was the most interesting half. She was rightfully honoured for her performance as she won an Oscar for Best Supporting Actress.