It’s been reported that the two sequels to Fifty Shades of Grey – Fifty Shades Darker and Fifty Shades Freed – will shoot back to back next year. According to The Wrap, director of Glengarry Glenn Ross and House of Cards James Foley will helm both sequels, replacing the director of the series’ first film Sam Taylor-Johnson.

While Fifty Shades of Grey was unpopular with critics, it struck commercial gold as it earned over $570 million worldwide making it the seventh highest grossing film of 2015.

Despite its box office success, director Taylor-Johnson decided not to return to the franchise due to heavily publicised clashes with the author of the Fifty Shades book series E.L James during filming. James, who originally wrote the Fifty Shades books as online Twilight fan fiction, had an unusually large amount of creative control on the first film which caused a rift between her and Taylor-Johnson.

James’ husband will write the scripts for the Fifty Shades sequels with Jamie Dornan and Dakota Johnson set to return as the BDSM-loving couple Christian Grey and  Anastasia Steele  . 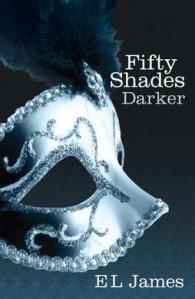