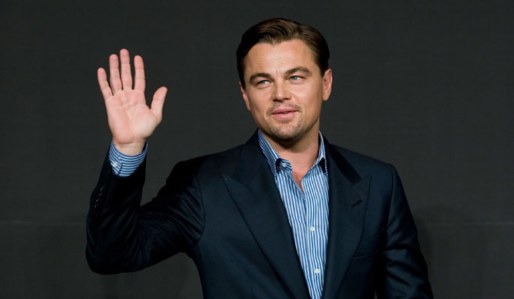 It wouldn’t be a stretch to say that Leonardo DiCaprio is currently everyone’s favourite actor. And certainly no one would argue that he’s one of the best on the planet. His handsome looks, awesome acting talent and his general nice guy persona make him one of Hollywood’s most universally adored figures. Despite his crushing the fact that he crushes every role he’s in like a shoe crush’s an ant, DiCaprio has famously never won an Oscar.

This year, that could change, as his latest film The Revenant may see him finally take home the coveted golden statute. He plays fur trapper Hugh Glass, who after being betrayed and left for dead in the unforgiving wilderness by Tom Hardy’s John Fitzgerald, goes on an epic journey to deliver retribution. To celebrate the release of The Revenant here’s a countdown of DiCaprio’s top five performances:

In his most daring role to date, DiCaprio plays plantation owner Calvin Candie in Quentin Tarantino’s unique blend of western and Blaxploitation genres in Django Unchained. Let loose by the visionary director, DiCaprio delivers a delightfully devilish turn and whenever he spouts Tarantino’s genius rambling dialogue in Candie’s thick Mississippi drawl , he’s just as mesmerising as he is terrifying.

His sumptuously sinister performance was enhanced by his bubbling tension with Jamie Foxx’s vengeful freed slave Django along with his exquisite chemistry with Samuel L Jackson’s ‘Uncle Tom’ Steven. Even though Christopher Waltz’s Dr King stole the show, DiCaprio’s Candie was as equally unforgettable. Fingers crossed Django Unchained won’t be the first and last time we see DiCaprio play a villain or work with Tarantino.

In Steven Spielberg’s slick 60s set crime caper based on a true story, DiCaprio plays Frank Abagnale Jnr – a conman who by his late teens managed to steal a tidy fortune of $4 million dollars by pretending to be a pilot, doctor and a lawyer. Frank’s fraudulent ways attract the attention of Tom Hank’s diligent FBI detective Carl Hanratty and the two embark on a game of cat and mouse.

Although aged 28, DiCaprio still had the baby face to pull off a convincing teenager. In an admirably layered performance he conveys all the confidence of a cunning con artist and the naivety of a young man who finds himself way over his head. This was the role that shed Leo of his teen heartthrob skin as he proved he could be a dynamic dramatic lead.

Before The Departed, DiCaprio was usually associated with clean cut characters but his performance in Martin Scorsese’s Oscar winning gritty crime thriller showed he could get down and dirty with the best of them. He plays Billy Costigan – an undercover Boston cop tasked to infiltrate criminal kingpin Frank Costello’s (Jack Nicholson) empire and expose Matt Damon’s corrupt cop Colin Sullivan who in turn is trying to do the same to him.

Costigan slowly crumbles under the mounting pressure and DiCaprio displays his paranoia, anger and resolve in a remarkable yet realistic fashion. Even though that same year Leo earned his third Oscar nomination for his fantastic but flashier performance in Blood Diamond, most will agree that his work on The Departed was more impressive.

DiCaprio’s fifth collaboration with his old chum Scorsese is a biopic tale of greed and excess and in the role of Wall Street trader Jordan Belfort, Leo flawlessly embodies both traits. You’re not supposed to like Belfort – he becomes a self-made millionaire by scamming innocent people and is riddled with vices but DiCaprio’s irresistible magnetism (for the most part) overrides his characters repulsiveness.

The role of Belfort earned him his fourth Oscar nomination and if his outstanding performance didn’t coincide with the in-full-swing McConaissance then he probably would have a golden statue sitting on his shelf by now. Still, Oscar or not, DiCaprio’s work on The Wolf of Wall Street is nothing short of spectacular. Even without an award, his alluring charm, ruthless business demeanour and dark comic timing made this performance one for the ages.

Some things in life are guaranteed: death, taxes and DiCaprio working with Scorsese to produce something special. In this 1930s set biopic, he plays eccentric billionaire Howard Hughes whose personal demons threaten to unravel everything he’s worked so hard to gain. DiCaprio nails each and every one of Hughes’ neuroses and ticks and the sensitive, subtle manner in which he handled his OCD was astounding.

At 170 minutes long, The Aviator could have easily felt too long but thanks to DiCaprio’s gripping, larger than life portrayal you never once grow bored as he takes you on an utterly believable journey which sees a great ambitious man slowly fall apart.  Despite losing the Oscar for Best Actor to Jamie Foxx that year, DiCaprio won in the sense that he was now regarded as one of the best actors in the world and that recognition is something he has not lost ever since.

So what do YOU think? What are you’re favourite DiCaprio perfomances? Feel free to leave a comment below 🙂