Unless you’ve been living under a rock for the past couple of weeks, you’ll know that the absence of ethnic minority nominees for this year’s Oscars has caused quite the storm. The controversy has lead to the trending of #OscarSoWhite on Twitter, Best Actress nominee Charlotte Rampling making unintentional yet inflammatory remarks and a host of high profile Black celebrities (including Spike Lee, Will Smith, Jada Pinkett Smith and Tyrese) stating they’ll boycott the ceremony.

It’s the second year in a row that there has been a lack of diversity among those nominated and it’s rather ironic that the only black person with a part to play in this year’s Academy Awards will be the host, Chris Rock.

It’s also somewhat ironic that the ceremony takes place in February, which is of course Black History Month in the United States and is supposed to be a time where the legacy of black Americans is celebrated.

While this year’s Oscars, and the underlying issue of equal opportunity in the film industry, have left many African Americans feeling understandably underrepresented, black people both in front and behind the camera have enjoyed plenty of success.

There may be a saddening lack of diversity in Tinsletown but thanks to their undeniable talent, many black actors, actresses and filmmakers have shone on both the big and the small screen.

In honour of Black History Month, here is a list of films that represent both the struggles and triumphs Black people have faced around the world.

Starring Morgan Freeman and Denzel Washington and based on a true story, Glory tells the tale of the all black 54th Regiment who under the help of Colonel Robert Shaw (Matthew Broderick) fought for the respect of the US military as well as for their lives. A young Denzel won an Oscar for his show-stealing performance as a runaway slave turned reluctant soldier. Director Ed Zwick wraps an important history lesson in an epic war film.

Black-British director Steve McQueen crafts an uncomfortable, unflinching and unrelenting look at the horrors of slavery which serves up a powerful reminder of an awful part of the Western World’s history. Chiwetel Ejiofor stars as a free man who was cruelly forced back into slavery for a dozen years. The film was nominated for 9 Oscars and won 3 including Best Picture, Best Adapted Screenplay and Best Supporting Actress which went to the outstanding Lupita Nyong’o.

The passing of the Voting Rights Act in 1965 was a pivotal moment in the civil right movement and Selma retells how three peaceful protests led by Martin Luther King (David Oyelowo) enforced the long overdue change. Although Selma was the first ever film directed by a African American female director to be nominated for Best Picture, Oyelowo Best and Ava DuVernay were surprisingly overlooked by the Academy for the Best Actor and Best Director categories. While it wasn’t rewarded with any gold statute, this spirited must-see slice of history will certainly reward anyone who views it.

Set in the late 1940’s and inspired by a true story, Men of Honor sees Cuba Gooding Jnr play Carl Brashear – a man determined to become the first African-American diver in the US Navy. Over the years, he has to overcome severe racism and tragedy on his way to achieving his dreams and Gooding Jnr portrays Brashear’s undying determination to perfection. An uplifting and inspiring account of an amazing real story.

Spike Lee writes, directs, produces and even stars in this classic which depicts racial tensions boiling over in a multicultural Brooklyn neighbourhood. Despite being immensely controversial, the film is widely considered to be a cinematic masterpiece thanks to its characters, lashings of humour and thought-provoking story. Lee broke new ground with his tackling of racial issues and caused a debate in American culture that needed to be had. Do the right thing and watch this film!

Spike Lee’s second effort on the list sees the director handle the ambitious biopic of the revolutionary civil rights leader. Thanks to Denzel Washington’s tremendous Oscar nominated performance, Lee takes viewers on a stirring journey that charts Malcom X’s extraordinary life including his criminal past, conversion to Islam and rise to civil rights activism. Regardless of the celebration of Black History Month, this is a film that you need to see by any means necessary. 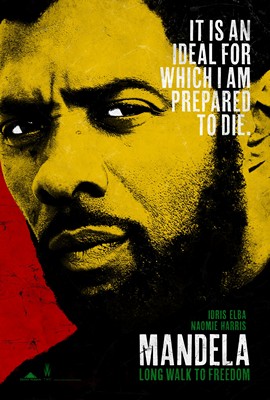 Nelson Mandela’s serving of a 27 year prison sentence was a piece of history that demanded cinematic treatment but this biopic also unveils the South African civil rights icon’s untold story. The film chronicles the evolution of Mandela detailing his rocky married life, his radical militant phase, his monumental political sacrifice and his ascension to peaceful saviour of his troubled country. With his magnificent performance, the incredible Idris Elba gave the late-great Mandela the justice he deserved.

Michael Mann’s sprawling biopic portrays the life and times of one of the greatest athletes to ever compete, Muhammed Ali.  The legendary boxer’s fight for racial justice gets just as much attention as his fights in the ring as Mann places considerable focus on the political and social climate in mid-20th Century America. Will Smith’s career-best depiction of Cassius Clay/Muhammed Ali earned the Hollywood heavyweight his first Oscar nomination for Best Actor.

Based on Alice Walker’s Pulitzer Prize-winning novel, this heart-wrenching tale by Steven Speilberg revolves around the trials and tribulations faced by a black woman living in the early 20th Century America. The film was nominated for a whopping 11 Academy Awards including Best Picture and Best Leading Actress for Whoopi Goldberg. Goldberg rightly received glowing reviews for her portrayal of Celie Harris, whose life could be related to by multiple generations of African American women. 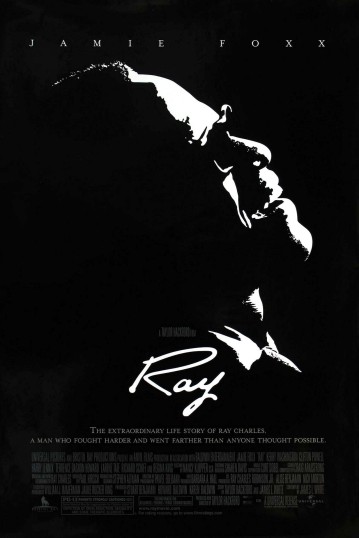 Ray Charles is an icon for a number of reasons: not only did he influence following generations of artists with his pioneering blend of musical genres (including rhythm and blues, rock and roll, gospel, country, jazz and orchestral) but he broke down racial barriers by fighting for the desegregation of his home state of Georgia. This biopic pays great homage to Charles’ considerable musical and political contributions with leading man Jamie Foxx rightfully winning the Academy Award for Best Actor.

Other films to watch:

Babylon (1980) – the story of a black British reggae band that deals with themes of racial identity and prejudice in Eighties England.

Amistad (1997) – the Oscar nominated Steven Spielberg helmed drama about the Supreme Court trial of a group of rebellious slaves.

Red Tails (2011) – the George Lucas produced true story about the all-black squad of pilots who fought in the Second World War.

What do YOU think about this list? Any films you think should be on here? Feel free to leave a comment

One thought on “A movie celebration of Black History Month”